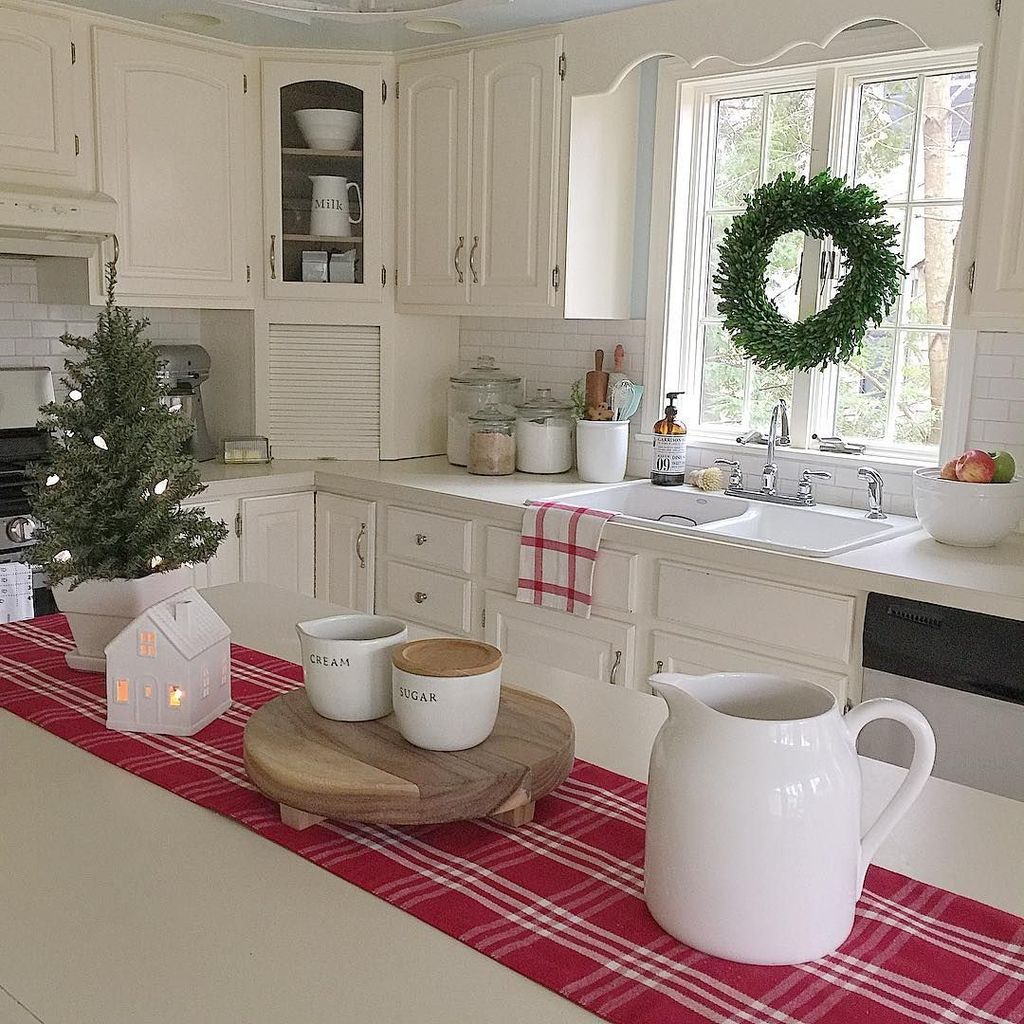 As children growing up on a diet of novels, one of the images that captured our imagination was that of the cozy Victorian kitchen, especially in the winter. In such tales, there was a roaring fire in the grate, the cook used to bake delicious mince pies, and the children would enjoy a cup of hot milk in the long winter evenings that they whiled away by playing parlor games.

Sadly, the reality for most people was probably much different. There was no central heating in those days, and you would have to sit fairly close to the fireplace for it to make any real difference. Preparing food was much harder then, and although there were plenty of people who were privileged enough to have household staff and enough to eat, there were many more who were starving.

But this welcoming image still persists and even though we don’t have such fantasies about the modern kitchen, which has no fireplace, uniformed maid, scullery, or pantry, we can still create our own warm atmosphere. Today’s small kitchen with its modern, more efficient and less pretty technology can still be a welcoming place. First of all, we can get some nice accessories, like soft kitchen rugs and pretty china plates that we can hang on the wall in imitation Victorian style. This gives a cute, welcoming look that is very reminiscent of bygone days. Similarly, colored glass jars and bottles can also give a country-style old-fashioned look, as well as being an inexpensive and easy kitchen decoration idea.

Kitchen furnishings also don’t have to be functional and cold-looking. Instead of a plain tablecloth, how about some pretty checked designs? Checked, colorful curtains can also be put up, instead of expressionless blinds. And how about some artistic, colorful wall-hangings, such as pressed flowers or a piece of homemade embroidery? And then there is what you produce in the kitchen. To make your kitchen a cozier place in the winter, you could create some winter soups. There is nothing like coming in from a cold, rainy street after a day at work or school to a hot, steaming bowl of a thick pea or lentil soup.